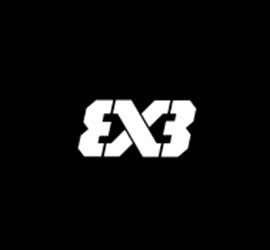 Manila West and Manila North swept their respective pools to qualify in 2015 FIBA 3×3 Manila Masters at Robinsons Place Manila. Terrence Romeo, the sweet-shooting guard of Global Port, and Gilas Cadet Troy Rosario shared the limelight in the Day 1 of the tournament.

Manila South showed a respective outings, despite dropping their both games against the veterans and pros.

Terrence Romeo led the Filipino squad with 12 points, four from the penalty shots and a short jumper to get the W, 21.8 seconds remaining. PBA scoring leader was aggressive on attacking the basket, fishing for fouls and dishing for assists, using his deadly crossovers.

Team Auckland from New Zealand used their height advantage on early part of the game, but Filipinos engaged in block party, establishing their inside presence.

Karl Noyer scared the Filipino crowd in Robinsons Place Manila as he scored five baskets from beyond the arc, most of the baskets in their 10-5 run before the finishing basket of Romeo. He finished with 12 points.

Alaska Aces forwards Vic Manuel and Calvin Abueva provided the inside presence against the taller Lebanese. The Muscle Man scored 8, and The Beast scored the crucial baskets of the game.

Manuel’s free throws put the Manila North to the driver seat, after both teams squared at 18, seven seconds remaining.

In the other game, Manila South dropped their game against Auckland. Lyndon Aoake bulldozed his way using the height and weight advantage, finishing with 7 and Karl Noyer with 8. Lucky Ecarma led the Manila South with 6, while 17-year old Joshua Sinclair showed potential as he scored 4.

Troy Rosario of Manila North scored a tip-in buzzer beating shot to complete their come-from behind win against Team Ljubljana, 17-16.

The game tied at six before Calvin Abueva scored 4 straight points to give the Manila North a 10-6 lead. Ljubljana answered a 10-4 run. Karl Dehesa scored the clutch basket from behind the arc that made the game tied at 16, 38 seconds remaining.

Blaz Cresnar and Tomo Cajic provided the one-two punch for the Slovenians, scoring 7 and 5 respectively.

Manila North swept the Pool B to advance in qualifying round tomorrow.

Manila West swept Pool D after a win against the Manila South, the National Tatluhan Champions, 21-14.

PBA players started an early 10-3 run behind the baskets of Niño Canaleta and Rey Guevarra. After that, the youngsters sparked a 6-2 run behind the 17-year old Joshua Sinclair, the youngest player in the tournament.

Terrence Romeo showed his handles as he scored inside and outside to spark the final 9-5 run. Rey Guevarra scored a monster slam and a game winner, 23 seconds remaining.

Romeo, Guevarra and Canaleta had a balance scoring night with 8, 7, and 6 respectively, while Sinclair carried the scoring load with 5.

Manila South was eliminated after losing all of their pool games.