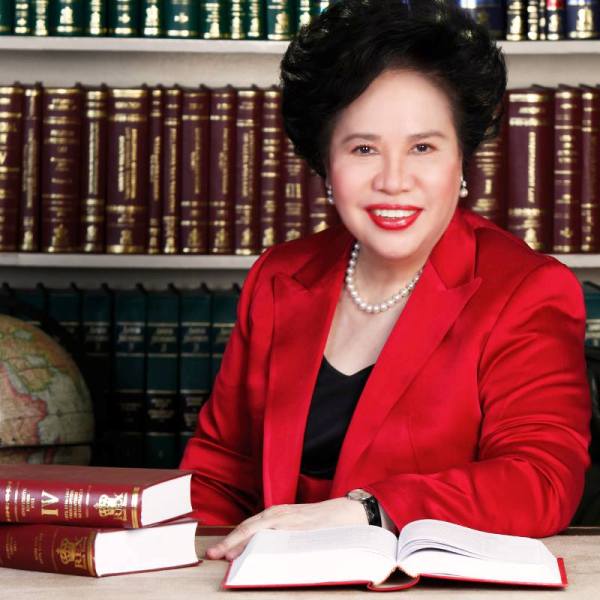 This week is my last examinations week as a college student. I know that I should study harder so I can surely march on stage.

Right after my work schedule ended, I literally run to P. Noval basketball court in University of Santo Tomas. Luckily, after spending few minutes waiting, I had a good seat. I was alone that time, so I had a second thought if I should still watch Senator Miriam’s campaign.

Inside the UST Seminary Gym, the atmosphere was very festive. I was able to have the limited calendar distributed by Miriam’s volunteers – thank you, Kuya Romeo. AKTIBOTO prepared some educational talk for the youth voters. They emphasized the power of our votes. Aside from that, they tested the knowledge of Miriam’s supporters if we really know our candidate.

The emcees asked, “What are the two positions did Miriam held in executive branch of the government? Give at least one.” I still don’t know why I raised my hand. In my mind, “commissioner, bureau of immigration.” When I reached the stage, one of the emcee said, “Name, and your answer.”

I saw a sea of people in front of me. Others introduced themselves as “Hi, I’m Blahblah from Faculty of Arts and Letters.” Me? “Nikko, IICS.” I had a mental block… until I said, “Secretary of Immigration.” I know that I was wrong because Immigration is not a department. Yet, thanks to them, they considered it as correct. I was saved.

Minutes passed, they announced that MDS was in the venue.

When Miriam walked on the aisle, I was teary-eyed. My body was shaking. Goals, I guess.

No free food, no envelopes, no paid celebrity endorsers performing for her… yet we were there, waiting for the person we think that can drive this country to prosperity in next six years.

After few pickup lines, she instantly talked in a serious manner.

This was also the first time that she lashed out the Aquino administration. “The righteous path that the administration has campaigned on in 2010 turned out to be the ultimate frustration of the Filipino people.”

She added, “The administration has failed to implement many reforms to curb corruption. These include the Freedom of Information Bill, which I strongly supported in Senate, and the Anti-Premature Campaigning Law.”

According to her, there is no real political party in the country.

She also questioned the money that was used by other candidates for their campaign, “Saan nila kinuha ang pera nila at anong pagasa nilang babalik sa kanila ang perang yun.” She also revealed that PhP 350 million was offered to her husband so someone can fund the commercial surveys that can boost her chances. MDS also said, “Kung ilalagay nila ako sa bottom, walang lalapit na political contributor sa akin.” She asked, “How come I’m number one among young people and last in commercial surveys?”

She called the youth to do something about the anomalies, such as vote buying.

The Iron Woman of Asia ended her speech with, “Sulong mga Santo Tomas.”